WE ARE ALL ASTRONAUTS: The Image of the Space Traveller in Arts and
Media

“We are all astronauts“, the American architect and thinker Richard
Buckminster Fuller wrote in his 1968 book “Operating Manual For
Spaceship Earth“ where he compared Earth to a spaceship, provided only
with exhaustible resources while flying through space. The phrase is
certainly a hint, which position the phenomenon of the astro- and the
cosmonaut had in the public conscience from the second half of the 20th
century on. But the wording also seems to have played a significant
role itself in shaping the space-exploring human as a symbol and an
image of humankind in general. This international and interdisciplinary
conference will analyse the changes the image of the space explorer and
-traveller has undergone since then (and, which direction with new
forms such as the Chinese “Taikonaut” it might further take) by
focusing on the arts and the media as decisive switch points for such
conceptions: history, literature-, media-, music-, film and comic
studies, history of art and science – all can here provide important
contributions for the understanding of these changes as well as of the
motivations behind them. http://ow.ly/PKJix

We are delighted to announce the launch of the first issue of Critical Studies and the call for papers for our next volume.
Critical Studies is an interdisciplinary journal of the humanities, dedicated to critical studies broadly construed. It is an annual, open access, peer-reviewed print and digital publication, and functions both as a traditional academic journal and as an annual report of the activity of the Critical Studies Research Group, a postgraduate community based in University of Brighton’s School of Humanities.
Access all articles and the full journal online here: http://www.criticalstudies.org.uk/journal.html
Call for Papers Issue 2: (in)Visibility
Politics has been diversely theorised as the making visible what is invisible, as the uncovering what is covered up, as the giving voice to the mute, as the inclusion of those excluded into the regime of the perceptible. Secrecy is typically connected to the state and its agencies operating in the shadows, or to the police order and its suppression of the voices of the marginalised and abjected. Valuable, powerful, and potent though such theorisation may be, it leaves unanswered the question of the value that may lie in remaining, precisely, invisible, of keeping off the radar, of staying underground, for radical activism, artistic performance, and alternative politics.
Critical Studies welcomes papers on these and related topics from a broad range of disciplines, both research papers and non-conventional forms of presentation related to the issue topic. We encourage transdisciplinary and interdisciplinary contributions.
Deadline for submission 1st September 2015
Full Call for Papers, style and submission guides available here: http://www.criticalstudies.org.uk/call-for-papers.html
CriticalStudiesResearch@brighton.ac.uk

Program :
We are accepting proposals for the following programs:
– Transformaking Residency and Research Program

The (After) Lives of Things: Deconstructing and
Reconstructing Material Culture
University of
Edinburgh, April 7 – 09, 2016
Deadline: Nov 9, 2015

Material things have been used to fashion identities and form social
relationships throughout history. This panel seeks to shed light on the
intersecting histories of materiality and process in the production and
consumption of material culture. It invites papers that examine how
physical and intellectual practices such as collecting, repurposing and
remaking conveyed materially embedded messages about the subjective
experience of their owner-makers, as well as the period in which they
were undertaken more broadly.

We invite abstracts of no more than 250 words. Email paper proposals to
the session convenors by 9 November 2015. Paper Proposal Guidelines are
available to download here:
http://www.aah.org.uk/annual-conference/sessions2016/session24

We invite scholars and young researchers from the fields of art
history, cultural and media studies to send us an abstract (max. 300
words) concerning the topics mentioned above until 10 September 2015
to: henry.kaap@khi.fi.it.

Culture Analytics workshops and tutorials at the UCLA
Los Angeles, UCLA, Institute of Pure & Applied Mathematics, March
7 – June 10, 2016 Deadline: Dec 7, 2015
Culture Analytics Program aims to promote a vigorous collaboration
across disciplines and devise new approaches and novel mathematics to
address the problems of culture analytics, by bringing together leading
scholars in the social sciences and humanities with those in applied
mathematics, engineering, and computer science.
Funding is available for your stay from a few days (attending one
workshop) to the duration of the whole program.
Applications will be accepted through Monday, December 7, 2015.
http://www.ipam.ucla.edu/programs/long-programs/culture-analytics/?tab=overview

CALL FOR PAPERS
THE MATTER OF MIMESIS
STUDIES ON MIMESIS AND MATERIALS IN NATURE, ART AND SCIENCE
CRASSH, University of Cambridge, December 17 – 18, 2015
Deadline: September 15, 2015
Sponsored by:
CRASSH (Centre for Research into the Arts, Social Sciences and
Humanities)
This interdisciplinary conference aims to bring together scholars from
the sciences, social sciences and humanities in order to address
material practices of mimesis.
Deadline for submissions: 15 September 2015 – Abstracts and proposals
of 300 words (max), a short biography of
100 words (max). Please reply to: materialmimesis@gmail.com http://ow.ly/PoB9C

Scholar, curator and writer SEAN CUBITT is currently Joint Head of
Department Media and Communications at Goldsmiths University of London.
His research focuses on the history of visual technologies, media art
history, and relationships between environmental and post-colonial
criticism of film and media. A new book Ecomediations
focusing on the environmental impacts of digital media is in
preparation. 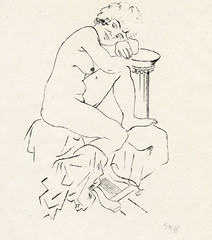 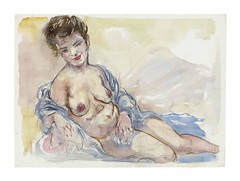 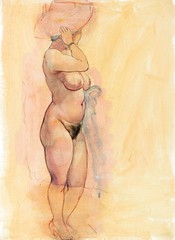 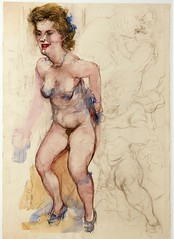 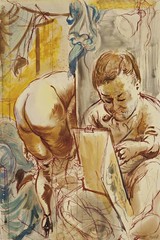 Just because you start a fire, does not mean you have to watch it burn.